Giardia is a simple one-celled parasite; it is not a “worm”, bacteria or virus. Most dogs become infected by drinking water contaminated with feces or eating feces from a animal infected with giardia. Giardia then infects the small intestine, and the infected dog passes microscopic cysts in their stool. These cysts can then infect another animal or person if ingested.

WHAT ARE THE SYMPTOMS OF GIARDIA?

Giardia can cause illness, especially diarrhea, in animals and people. However, the majority of dogs infected with giardia do not have diarrhea or any other signs of illness.  Giardia is capable of causing diarrhea, vomiting, weight loss and lethargy.

HOW DO YOU TEST FOR GIARDIA?

Giardia is an elusive parasite, and cysts are shed only intermittently from the gastrointestinal tract of an infected dog. A single fecal sample has only a 70 percent chance of detecting an infection.  There are other tests such as the giardia ELISA that can be used with a routine fecal sample to increase the likelihood of a diagnosis to about 95 percent. This test is typically performed on puppies, young adoptees, and pets experiencing diarrhea. 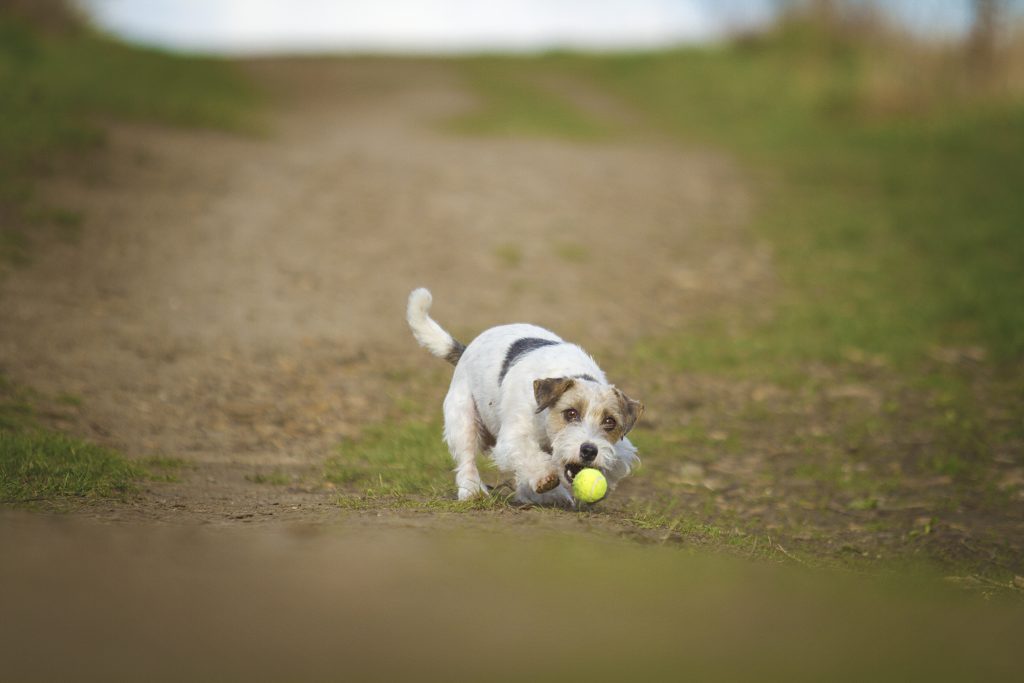 HOW DO YOU TREAT GIARDIA?

If your dog is diagnosed with giardia, they will be prescribed medication, and your veterinarian will recommend a follow-up fecal sample two weeks after treatment.

A dog should be bathed on his first and last day of treatment to eliminate all giardia cysts from his hair coat. Hard surfaces can be disinfected with a disinfecting household cleaning product and all bedding should be washed.

WHAT IF MY DOG CONTINUES TO TEST POSITIVE FOR GIARDIA?

It can be frustrating if a dog continues to test positive for giardia after treatment. If giardia cysts are present in your dog’s fecal sample, active infection is present and you must increase your efforts to limit your dog’s exposure to giardia and decontaminate your environment.

Giardia cysts are very resistant in the environment, and can live for many months under the correct circumstances. All dogs, even those without diarrhea, should have at least one fecal sample performed annually as part of a wellness exam to test for gastrointestinal parasites and giardia.

CAN I GET GIARDIA FROM MY PET?

Current information indicates that zoonotic risk (meaning the risk for the parasite to pass from animal to human) exists with some giardia species, but not all. It appears that there are species that affect dogs and cats but not humans, while there are others that can affect them and us. Even though the risk is small, proper hygiene is still recommended. There are some steps you can take to minimize your exposure to giardia if you have dogs or cats:

About the Author: Jaclyn