A vaccine against cancer?

A vaccine against cancer?

Stephen Johnston is a scientist, inventor and director of Arizona State University’s Center for Innovations in Medicine. Recently he launched a clinical trial to test a cancer vaccine in hundreds of dogs across the country. The trial will examine whether the vaccine delays or prevents a variety of cancers in healthy, older dogs. If it’s successful, a similar vaccine for humans could be developed.
WHY TEST IT ON DOGS?
Initially the vaccine was purposed to be tested in humans, but the cost and approval process was near impossible. Stephen Johnston then met veterinarian Doug Thamm, the director of clinical research at Colorado State University’s Flint Animal Cancer Center. They realized that dogs can develop cancerous tumors in a way that is very similar to humans. Many canine cancers are very similar to human cancers on a molecular level, mostly due to a shared environment. Since dogs don’t live as long as humans, researchers will be able to tell if the vaccine works within 3-5 years instead of 10-30 years.
“THE VACCINATION AGAINST CANINE CANCER STUDY”
For the trial, veterinarians screen volunteer patients for any health problems. Half of the participants will receive the vaccine, the other half a placebo. The owners, nor the veterinarians know which dogs are receiving the vaccine. The dogs receive 4 boosters initially, then yearly boosters for 5 years. The dogs are to live their normal lives within their normal environment. 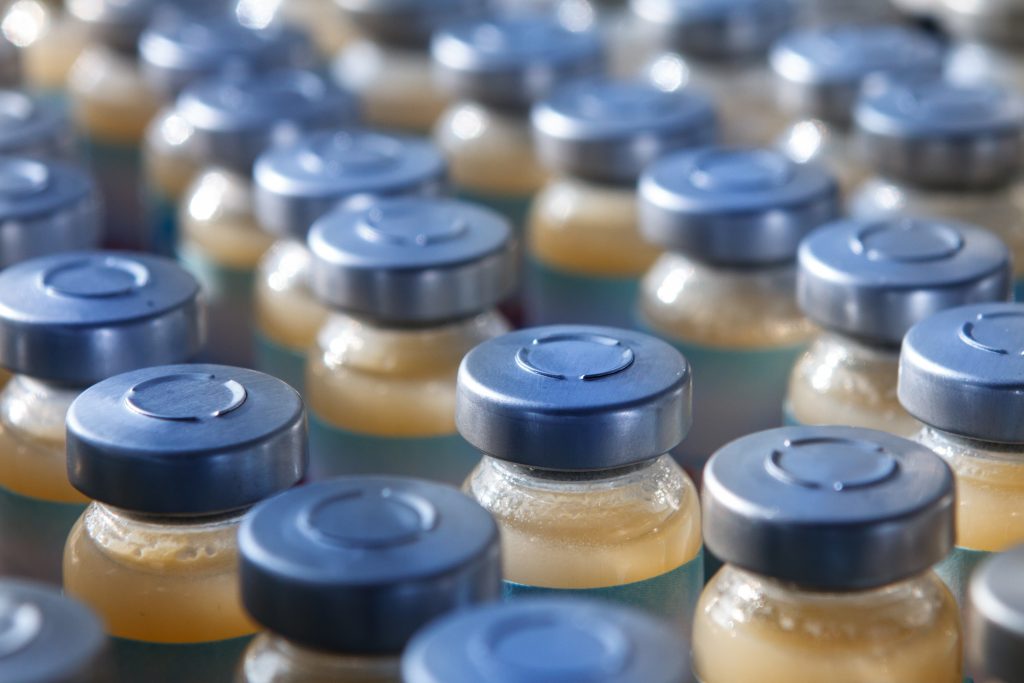 HOW IT WORKS
Vaccines teach your immune system how to identify invaders and fight back. Your immune system develops memory cells so your antibodies can react quickly to antigens (a foreign invader). The issue with developing a cancer vaccine is that cancer cells are complex. Typically they don’t appear foreign to the body the same that a virus would. The vaccine, if it works, would enable to immune system to attack cancerous cells early-before they develop.
HOW WAS THE VACCINE DEVELOPED?
Stephen Johnston and his team screened 800 dogs who had at least one of the eight cancers most often found in dogs. They then identified a few hundred parts of the cancer cell (called neoepitopes) from which the eight types of cancer had in common and used 31 to formulate this vaccine. They anticipate that if they vaccinate with these 31 components early, just like an infectious disease vaccine, the immune system will be prepared to identify a tumor and kill it.
WHAT IS THE OUTCOME THEY ARE HOPEFUL FOR?
One outcome would obviously be that the dogs that receive the vaccine do not become afflicted with cancer. The second would be that cancer is delayed, thus providing several more years of a cancer-free life. And lastly, the vaccine may not work at all.
This vaccine, if it works, would prevent a large range of cancers from ever developing by having the immune system attack cancerous cells early. This is just the beginning of a whole new approach to keeping our pets living longer and healthier lives.

Bronte Lord and Jacque Smith. “These dogs are getting a cancer vaccine. If it works, humans could be next.” CNN, 24, June 2019

About the Author: Jaclyn